This gets my heart racing.

This will be a real quickie, because as I type I’m supposed to be 1) preparing some furniture for Collectorama, and 2) writing a book.

So what am I doing?  Cybering to you, of course.

And anyway, it doesn’t count as procrastination if it’s something you really have to give priority to.  And letting you know about Collectorama is important, right?

If you’re planning on coming, it’s on Saturday 7 November 2015, 7am -2pm.  I have been painting up a storm to get a bunch of distressed furniture ready to offer.  I’m pleased with my efforts, so we’ll see if the public agrees.

I’ve included pictures of some French café chairs I’ve worked on, which are much more distressed looking than they appear in these photos.  Two in blue, two in red that are c1970 ($45 each) and one in a lovely pale green eau-de-nil colour that is c1960 (also $45).

Plus I’ve got some Art Deco shelves which I hope will be well received.  At the last Fair my Deco shelves were snapped up, and I could have sold them several times, so hopefully these shelves will be equally sought-after.

Meanwhile, I had an opportunity to attend an antiquities auction in Brisbane recently, and it was a lot of fun.  These types of auctions don’t occur in Australia very often, and this one wasn’t advertised – you just had to know someone who knew someone. 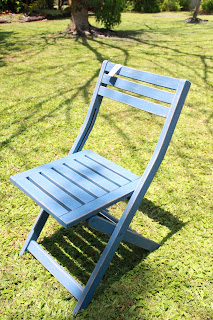 And yet a whole lot of people knew someone, because the room was packed.  People had flown up from Sydney to attend.  I only found out about it because I received an email from one of my British antiquities contacts.  And then I unexpectedly ran into the auctioneer so I had the chance to ask lots of questions about the event.  It sounded fascinating, so naturally I had to go to have a look.

It costs nothing to look, right?

A few hundred people attended the auction – how did they all find out about it?  I’d say it was evenly split between collectors and dealers, and boy there was some serious money in the room.  The pieces were part of the estate of a senior Australian diplomat, and during his career he had postings all over the world. 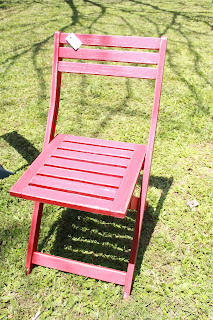 On offer were incredibly good – clear and intact - American fish fossils, large trilobites and ammonites, ancient samurai swords, seriously old rifles from the Middle East with inlay and engraving, lovely Roman pots and Egyptian artifacts including ushabtis with a lovely turquoise glaze, and very old and rare leather-bound French books.  Also available was a very old metal Buddha head, although his topknot was missing, and three pieces from Ban Chiang, the most important archaeological site in south-east Asia.

There was a whole lot I really, really wanted.  Unfortunately, so did everyone else in the room.

One woman, a Sydney dealer, bought all the samurai swords.  She just wouldn’t be beaten.  No matter how high the prices went, she went higher.
It was amusing to watch her, because she appeared to agonize over every single bid.  She would contort her face, pull down the corners of her mouth, scowl like she had a really bad belly ache, glare at all and sundry, and then bid again.

It was quite the performance, and slowed down the process considerably.  Which was of course her intention.  I’ve attended hundreds of auctions and seen most bidding tricks, but rarely one played so blatantly.

Sometimes, professional buyers will purposely slow down an auction, particularly when there are a lot of cashed up ‘normal people’ in the room.  That's because cashed up normal people can get over-excited, caught up in auction fever, and sometimes they can get awfully competitive and take the mere thought of losing an auction as an affront to their honor.

It sounds bizarre, but it’s true.  I’ve seen it time and again.  All professional buyers have.  When you get a bunch of collectors, or just normal people who are bidding for themselves, caught up in the excitement of a really good auction, silly money starts getting thrown around.

So sometimes a professional buyer will use delaying tactics because it gives normal people, who are not used to auctions, a chance to calm down and realise OMG I’m bidding A LOT of money here.  And then they get totally psyched out, and stop bidding.  Then, yay the prize is yours.

It’s not a tactic that will work on other professional buyers, who know exactly what you’re up to, but it can work a treat on amateurs.

It’s such an effective tactic that some of the big auction houses like Christies or Sotheby’s won’t let bidders play this type of game with their rivals.  Kill joys!  But this was a little auction house in Brisbane, not somewhere swish in London, and they mostly let the crowd determine how bidding progressed.  That can be a lot more fun (for the crowd), especially when professional buyers are up to their shenanigans, but it does make for slow progress.

Anyway, although she was amusing to watch her strategy only worked to an extent because other dealers were also bidding, and they weren’t swayed by her theatrics.  And yet in the end she prevailed, and carried off every single sword or sharp pointy thing on offer.  She spent tens of thousands.

I had my heart set of a variety of things, and I got in there and mixed it with some of the big boys in the trade, but mostly to no avail.  And I must say, even though I’ve attended hundreds of auctions, when you’re in the middle of an epic battle and you’re in with a chance, your heart rate really goes up.  Sometimes my palms get a little sweaty and my mouth goes dry.  And this is after I’ve been bidding at auction for almost 30 years.  It’s still pretty exciting.

And this time it was personal, because there were a number of things I really wanted to get my hands on, because I knew the chance was unlikely to ever come up again at a price I could remotely afford.

At one point, in the middle of a tense battle, when I had seen off all comers except one guy who just wouldn’t stop bidding no matter what Jedi mind tricks I tried on him, I whispered to Doug Look at my hands!  They were shaking.

Fortunately, my Nemesis couldn’t see me – remember the room was packed and I was seated near the front and he was standing at the back.  Lucky I didn’t have to speak, because I think I would have just croaked.  I get nervous and excited in tense auctions as much as the next person, but I don’t recall being this nervous before.

And what was the result?  Victory!

But not for long.

Oh yes, I might have won that battle, but he was in it for the long haul.  And he had a whole lot more money than me.  So I walked away with two of the Ban Chiang pieces (from around 1500BC, people!), one gorgeous Roman marble pot from the time of Herod (about 1BC), and a beautiful orthoceras nautiloid fossil.  I’ve included photos of my spoils – the Roman pot is in front of the Ban Chiang bowl.

But everything else I wanted, there was no chance.  Never a hope.  When an auction’s opening bid is well above your absolute, outer extreme, now-you’re-just-being-stupid limit, that sucks.  And a bunch of stuff started exactly there.

Remember I’m writing a book?  I’m approaching 100 pages so it will be ready soon.

And when I reach that point, I shall seek all of your opinions on what the cover should look like.  I’ll present some choices, and you can let me know what you think.

I’ve already changed the working title.  It’s now The Antique Hunter’s Essential Guide to Free Travel.  I was going to use the word Shopaholic but the reality of Google searches has to be acknowledged.  And more people are likely to search for the word antiques than shopaholic.  That’s my logic.

It’s going to be a book of two parts.  Part One will be a precise How To guide, detailing exactly what to do when planning and undertaking a buying trip, where to go, what to buy, how to ship, dealing with the bureaucracy, sensible unpacking and the selling options.  It will be for people who want to:

-      undertake full-on antiques buying trips to entirely offset the costs of the trip by selling their finds; or

-     do a partial buying trip, recouping some of the costs of the trip – sufficient that it will be the cheapest European travel they’ve ever had – but avoiding most of the work involved in selling it all once they get it home; or

-    buy a variety of lovely things for themselves, because going directly to the source can be so incredibly cheap they can make enormous savings.  And those savings can be more than the cost of their airfare, at least.  So for this option the book will be useful to talk about some seriously good buying sources, and give details on how to get it all home safely, even if you don't want to or need to offset all of the expenses involved.

Part Two of the book will be more of a Travelogue, with individual chapters on selected locations.  So far I’m calling Part Two A Closer Look.  I’m looking in some detail at the quirks and benefits of selected venues, devoting about 2000 words to each.  So Part Two will be more along the lines of the Secret Source articles I’ve been writing for the magazine Antiques & Collectables for Pleasure & Profit.

There, that’s my plan so far.  You are the first to know.

If you have opinions, ideas, anything at all to say, your views are welcome.  I know the comments facility on Blogspot doesn’t work if you don’t have a Google account, so feel free to email me directly at ddpalmen@yahoo.com.au.  I want this book to be informative and entertaining, so if there is something you think I should include, do tell.

Meanwhile, see you at Collectorama.