Ghouls are no help when shopping 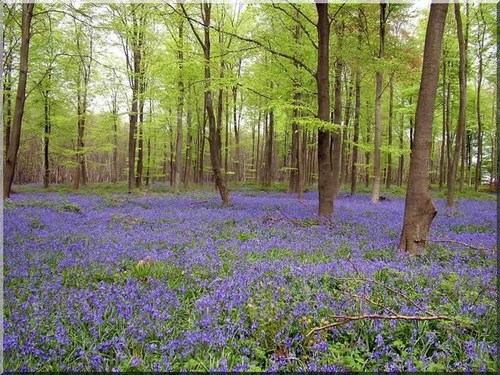 It’s grey and chilly, but what would Springtime in England be without early morning mists and a little bit of damp?  Yes, okay, a whole lot of damp.  But there are also thousands of bluebells and daffodils, and little baby squirrels.  I like it here.

What a contrast with Bangkok earlier in the week.  12 degrees in Lancashire, after a hot and steamy 35 in Bangkok.  My hair goes into Total Frizz Mode at this time of year in Thailand.  As soon as you step out of the airport you’re engulfed in an invisible warm, wet blanket and instantly develop a fine sheen all over your body. 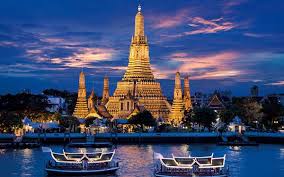 And we’ve never yet had Thai a taxi driver who wasn’t practicing for his Formula 1 debut.  On the way to the hotel we hit 130km at one point, as we gaily breezed past a flashing 80km speed sign.  Got to the hotel promptly, though, which is just what you want after an interminably long flight on a packed plane.

And at least the drivers in Bangkok more-or-less stay in their allotted highway lanes.  A few countries over, in Borneo, it’s a total free for all.  Almost like dodgems.  And of course there are no seat belts.  But what can you do?  We turn to each other and smile.  We laugh in the face of imminent death.  Ha ha! we say.  Welcome to Asia. 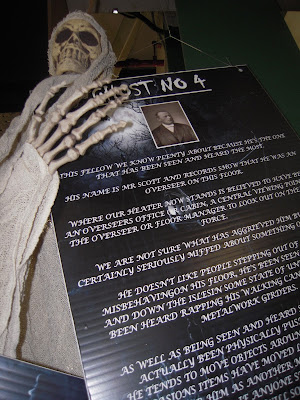 But now we’re in the land of Road Rules and Queuing.  Much more sedate.  And we’ve hit the ground running.  As soon as we collected the hire van we made the trek up to Lancashire to visit Bygone Times.  It’s a huge converted mill, with over 500 dealers.  It’s one of the biggest indoor antiques venues in England but it’s seriously hard to find, even with a GPS.  Even when you’ve been there plenty of times.

This place is supposed to be haunted – thoroughly haunted.  It’s meant to be one of the most haunted places in England.  And I’m as open as the next person to help from The Beyond to find nice things to buy.

But despite my best efforts – suddenly spinning around to see if something mysterious was watching me, quickly peering into mirrors to see if an ethereal presence was at my shoulder, it always turned out to be Doug. He obligingly yelled Rah! to give me the fright I deserved for lurking in dark corners in such a haunted place. 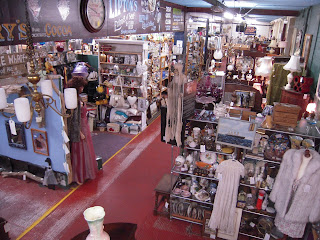 But nothing Other Worldly accosted me.  Or possessed me to make me shop better.  I did occasionally feel all tingly and odd but I’m pretty sure that was my jetlag rather than the resident ghouls – we had landed in England less than 24 hours earlier, afterall.  So I just had to find nice things by myself.

As you can see from the photos, this place is totally packed and totally chaotic.  The shopping is slow because of the sheer volume you’ve got to get through, much of it not worth a second glance.  Plenty of other things are perfectly good, but with delusional prices. 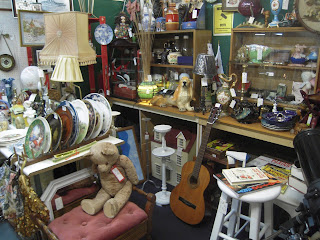 But with enough hunting, you’ll find the gems.  I carried off nice Hungarian enamelware, Art Deco pink glass, a fabulous ceramic dragon-shaped teapot and a Victorian ceramic cat teapot, English and French copper pieces, a very beautiful and enormous Art Nouveau cheese cover with plate, and much, much more.  All in all, it was a terrific start to the buying trip.

Then we headed south-east, down to Peterborough, to position ourselves for the first of the big northern antiques fairs on Good Friday.  It’s largely an outdoor event and the weather forecast isn’t at all promising, so we’ll see how that works out.

The fair starts early tomorrow morning - trade entry is three hours before the normal punters, so we have to get up very early.  We usually do well at this fair, so I have high expectations.  More soon.