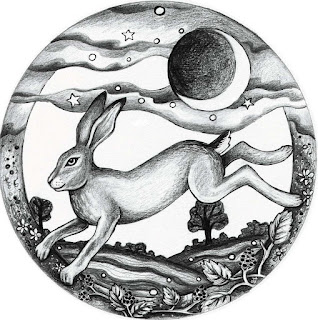 We’re very much enjoying being back home and have spent a few quiet weeks, catching up on some reading and trying to catch up with all the TV shows our house sitters recorded for us.  Lots to go, but now it’s mostly Star Trek so I shall settle in for a Trek-a-thon real soon.  I’m currently finishing up a book on the role of the Hare in the mythologies of different cultures around the world, and although it is one of my favourite animals I must say I am still amazed at how prevalent this animal is in so many creation stories.  The ancient Egyptians even had a hieroglyph that featured a hare, which I have never noticed at any of the major sites around or the (home of so, so many Egyptian antiquities), the Louvre or even the .  But now I will make a point of specially looking the next time I visit one of these sites. 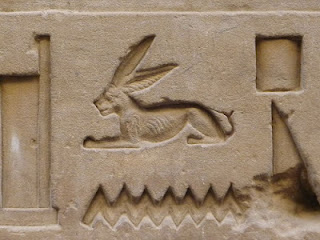 I already knew from my studies in anthropology of the basic link that many cultures make between hares, the moon and women (fertility symbols, blah, blah), but now I wish I had further investigated this at uni because there are all sorts of inter-cultural connections and from them tangents that might have made for an interesting thesis.  And it has also reminded me that some years ago I bought two heavy French glass tiles featuring a hare and the moon, which I instantly loved and bought one to keep and the other to sell.  But then they disappeared into the swirling vortex that is our garage, so I must make the effort to dig them out soon.  In the meantime, I’m enjoying the juxtaposition of Star Trek on TV with ancient mythologies in my reading.


I’ve been phaffing about in the shop, putting out a few new bits and bobs. Mostly it’s been French costume jewellery (which I will also start listing on the website in the next day or two). Today I have also started framing the owl and falcon antique lithographs I bought in , and I must say they look very elegant and will be beautiful on the wall of the shop. And now that we’ve started to dig through the garage and find things from previous trips that had been overlooked we found a couple of nice wooden stools and a lovely copper covered Art Nouveau box, so they have come out this week and are looking all nice and glowing after being thoroughly waxed. 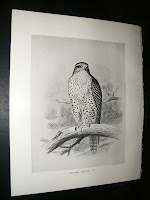 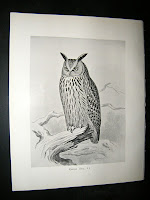 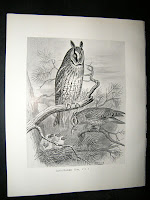 I didn’t get a lot of vintage French linen on our trip, maybe ten pieces, because there have been too many articles in interiors magazines about how fabo vintage French linen is, and as a result the price has gone up and stayed up.  The days of my bringing home 40 or 50 pieces per trip are now a distant, fond memory I’m afraid and I was lucky to get what I did.  I burned my hand quite badly (although the heartless Fran, a so-called nurse, tells me it’s only superficial) in getting the linen nicely ironed for presentation in the shop, so I expect all visitors to exclaim loudly at how wonderful it looks.


One mystery we brought back is a bakelite set of dominos in a white bakelite box.  I know from the materials used that it dates to about 1930, and I know that the word on the lid almost certainly says ‘Dominos’.  But I have googled 25 languages and still have no idea what language we’re dealing with.  So if anyone knows, could you let me know?  Otherwise I shall die wondering. 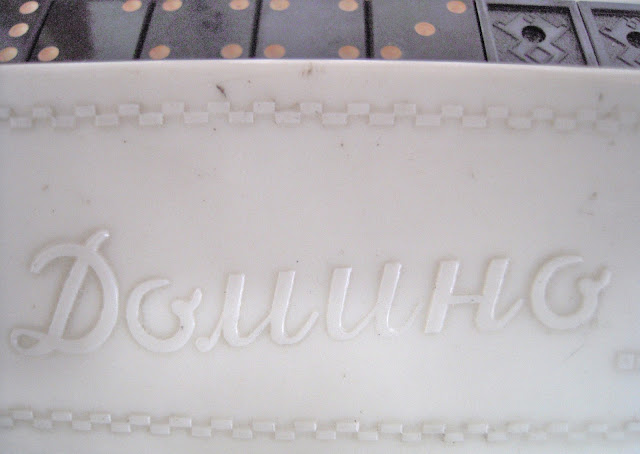 ﻿The moggies have now reconciled themselves to the whole concept of Rules again, and have settled down nicely.  Except for Caleb, who is only increasing his Klepto-Kitten tendencies, and we now have no plugs left for the kitchen sink.  We’ve looked everywhere for his stash, but so far no luck.  On the occasions I have caught him red-pawed in an act of thievery he realises pretty quickly that the jig is up and he stops all pretence of innocence and just grabs his loot and runs.  Then we have a hot pursuit around the house, which I always win, but that’s only if I catch him in the act.  If he gets away unobserved, then good luck finding what he’s done with his ill-gotten gains.
Caleb lost his baby fangs this morning – I knew he was teething and have been watching the development of his canines, so now he’s officially a Big Boy with Big Bengal teeth.  I expect I’ll find his baby fangs imbedded in a plug when one day I stumble across his hiding place.


We had an alarming moment this morning, when we took the cats for a walk but it was quite hot so everyone stopped to recline for a while in a shady spot.  And a passing brown snake decided it would like to join us in the shady spot and made a bee-line for us, except that Mischka spotted it and leapt for it.  Fortunately, Doug saw what was happening and pulled hard on her leash, so she ended up being yanked backwards while mid-leap towards the snake, but better that than her actually catching it.  It was all over very quickly, with the snake making off at high speed and we all decided it was just as shady on the verandah, thank you, where passing critters can’t get you.